Ever since I moved out of the Philippines and started living abroad, I had difficulties getting the exact ingredients for the Filipino dishes that I want to cook every time I feel homesick. The taste is different when I don’t use Reno liver spread for my calderata. The adobo will taste different, as well, if it’s not the local brands for the soy sauce and vinegar.

And when it comes to the sinigang, it is different when it’s not kangkong or water spinach.

Sinigang is a soup characterized by its sour taste due to the tamarind mixed into it, or any other sour fruits (such as kamias, guava, unripe mango, etc.) or leaves as a souring agent. When I was in Thailand, they asked me to describe it, and I cannot think of any other easy way but say that it’s similar to tom yum, but without the red-chili spiciness or coconut milk in it.

Sinigang is typically cooked with pork. But the variety is endless, as there’s an option to use seafood like fish or shrimp or chicken, as well.

And since I’m away from home, I just used the sinigang powder mix I can buy in the Asian stores. Sometimes, there’s kangkong in the fridge, but it’s too expensive. My friend suggested using spinach instead, since it’s the one she uses anyway, and it’s cheaper.

This turned out so good. I bought the fish from the Pinoy store, where a pack of 8 cut pieces is priced at 4.99Eur. I only used 4 of them for this recipe, and I enjoyed it because the fish is fatty, and it adds flavor to the dish. The long Japanese eggplant is bought at the Indian store. I am fortunate to have a variety of stores in this part of France! 🙂 I only miss this recipe using long chili, which adds flavor, spice, and more aroma to this dish.

After a few minutes, this is now ready to serve!

I usually don’t put salt or fish sauce; I tend to forget about it. I love my sinigang sour, and it works for me most of the time. I leave it to you if you want to season it with salt or fish sauce to add a bit of salty flavor. How about you? Do you have a different way of cooking sinigang? Let me know, and maybe I can try that one, too! 🙂

I need to finish some presentation slides for this week’s session that I will be conducting in the office. But right now, all I want is to just lie down and relax. Today started with the sun greeting everyone with a smile, but after lunch, it started to get gloomy. I went to the local market this morning to buy some new flowers for my apartment, a small bottle of essential oil for my diffuser, some fruits and vegetables for this week, and cinnamon rolls in the bakery. Yummmmmm!

END_OF_DOCUMENT_TOKEN_TO_BE_REPLACED 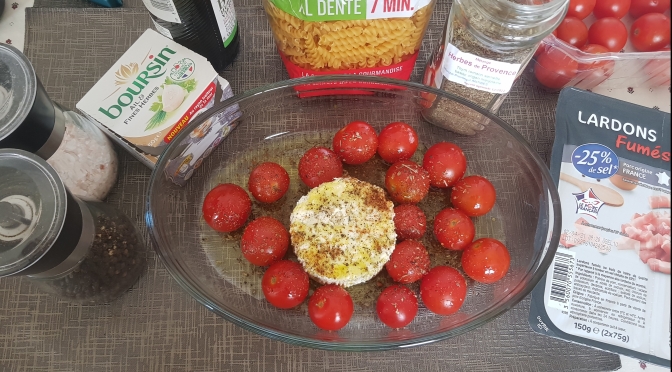 I just heard about this in early March because I don’t have a TikTok. A friend who loves cooking and trying out something new as much as I do share it with me. When the word easy and lazy days came out of her mouth about this recipe, I decided to try it myself. Haha. I tried to look for where it came from since several people posted about this already, hence being viral, and I found this video from the blogger grilledcheesesocial.

It’s as simple as this: get a block of feta cheese, tomatoes, pasta, and herb and spices that you want to mix it with. The idea of it is basic, and I could not wait to try it. Off I went to the grocery for some feta cheese and cherry tomatoes. I only got tomatoes, as it seems like the trend has already reached the French shores, and the shelf was already empty of feta cheese. Still wanting to try it, I took a block of cheese from the Boursin brand instead.

END_OF_DOCUMENT_TOKEN_TO_BE_REPLACED 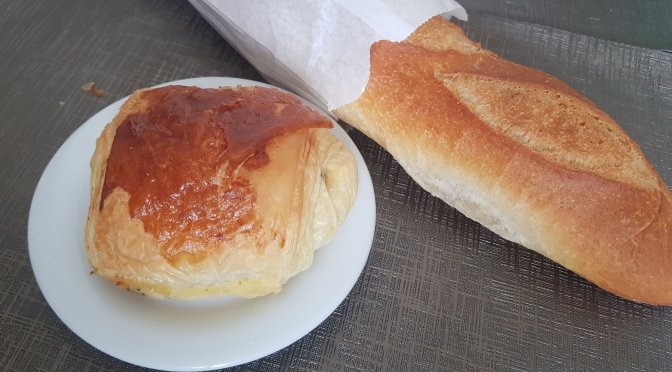 It’s been a long time since I blogged something that is not ‘the Sunday Currently‘, and as I was browsing through my site, I am trying to come up with topics to put in here. It’s not easy right now, since the inspiration flew out of the window. But perhaps, what I can post is about all the food I cooked in the past months, some have been newly-discovered. I remember my excitement as I pore over the recipes I found online, listing down the ingredients I needed and making a trip to the grocery to get it. My Instagram had some of those photos, as well as the places where I tried to buy something to eat during lunchtime or over the weekend. I love eating, and that’s why I love baking and cooking. Once I organized my photos and content, I will post the recipes and my experiences in making them. 😉 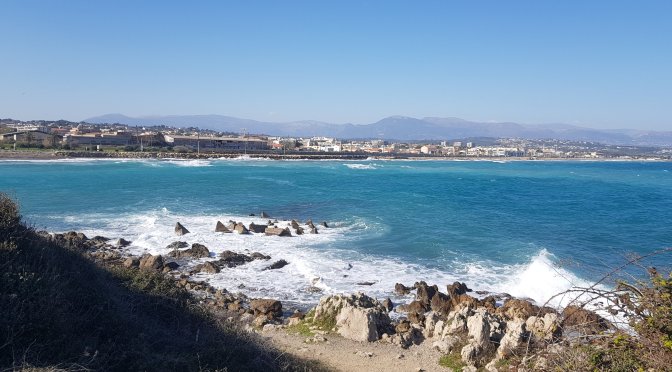 Gosh, it’s been a long time since I last made a blog here. Work kept me busy, and on weekends, I would rather be offline and reading books or watching movies or series on Netflix or Amazon. By the way, this is the second or third (?) weekend since the full lockdown (again) was announced. Honestly, I lost track of the dates. All I know was that it had been a year since I’ve gone full-on working from home, and we’re on lockdown here in the south of France with fewer restrictions compared to the previous lockdowns we’ve had. But let’s not talk about this for now, because it’s getting wearisome not knowing when this will end.

For the past weeks, there were books finished and movies watched. Have you seen Coming to America 2 on Amazon Prime? I’m easy to please, and I find it hilarious despite some expressing their discontent. I like it, and it made me laugh, especially in those key moments like the introduction of General Izzi (Wesley Snipes’ character) and Morgan Freeman. C’mon! Last week, I also saw the Zack Snyder cut of the Justice League, which I found amazing and much better than the theatrical version. Everything made sense in the movie!

END_OF_DOCUMENT_TOKEN_TO_BE_REPLACED

The blurbs of a Filipina living in the south of France – in the place we fondly called the French Riviera.

From my Writing Desk…

On Fiction Page
Disclaimer: The stories posted here are originally written and owned by Loise Lynne, purely fictional and are no way related to anything or anyone in real life. All rights reserved.
Follow Wandering Pinay on WordPress.com